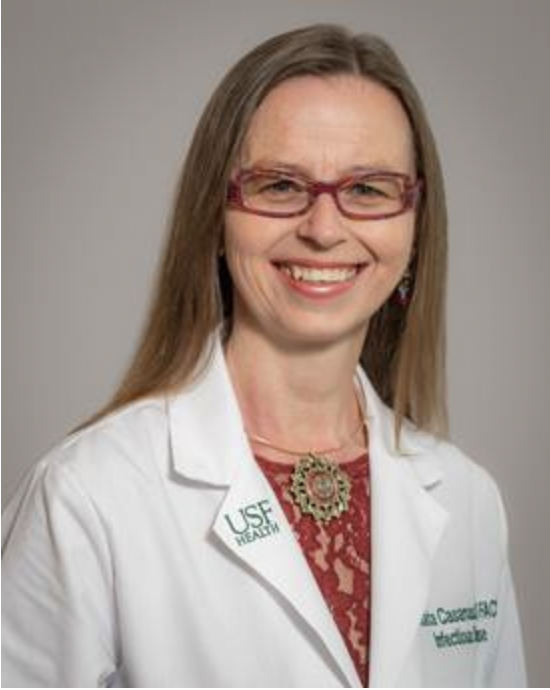 Easter evening seemed just like any other evening. Dr. Casanas was ready to settle in for the evening and had just gotten out of the shower when she heard a man’s voice yelling from inside of her house. Thinking there was a man in her house, her initial thought was to escape out of the bathroom window, but she quickly realized that was not an option since her 11-year-old daughter was also in the house. Terrified, she ran to the living room to confront the man, but no one was there. Then, she looked out of the front door and saw two men running away from her house. Thinking she had been robbed, her and her daughter began looking around the house to see what was missing. Then, loud banging at the door startled her and she heard a man yelling. Her daughter, Cassandra, was able to make out the word seizure and said “Mommy, open the door, I think someone needs help!”. It was then that Dr. Casanas realized this was all about a medical emergency.

The men told her that one of the neighbors was having a seizure. Hesitant to expose her daughter, she almost didn’t go since EMS had already been called and there is not much that can be done for a seizure, but her daughter looked at her with expectation. So, without further hesitation, she ran down the street with her daughter.

Upon entering the neighbor’s house, she saw the lifeless body of a six-year-old boy lying on the floor. Dr. Casanas was frozen in shock for a moment as she saw the boy, his mother wailing and his father running around in a panic. Faced with the most stressful medical emergency imaginable, she sprang into action. Despite not having any medications nor life-saving equipment, she was able to revive the boy within five minutes. The EMS arrived fifteen minutes later. Dr. Casanas had brought the boy back, but was in angst over whether or not it was enough… would the little boy have any brain damage?

Dr. Casanas got the best news the following day when she received a call from the family thanking her for saving the boy’s life. She was grateful to hear that the boy was doing well and did not have any brain damage.

We applaud Dr. Casanas for her bravery that evening and congratulate her for saving that little boy’s life… she is a real hero!