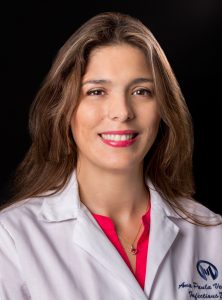 Dr. Ana Velez is an accomplished artist and University of South Florida Associate Professor and Infectious Diseases physician who has practiced at Moffitt Cancer Center among immunocompromised patients since 2007.  Although she paints in many different styles, among her favorite subjects are the microorganisms she confronts everyday as a health care provider.  With her art, she conveys the complexity and beauty present in even some of the most challenging pathogens.  Her paintings mix bright colors and subtle shades to capture the simple yet elegant nature of fungi, bacteria, and viruses. Below is some of her artwork each with an accompanying legend. Please click each picture to link to a larger version.

Aspergillus is a fungus found throughout the world that can cause infection in primarily immunocompromised hosts and individuals with the underlying pulmonary disease. There most important types of respiratory tract infections caused by aspergillus include: invasive aspergillosis, and allergic bronchopulmonary aspergillosis. Aspergillosis infection can also manifest as sinus disease in immunocompromised hosts and cutaneous disease after traumatic inoculation.

The treatment of choice is Voriconazole. Isavuconazole, Posaconazole and Amphotericin also have activity. 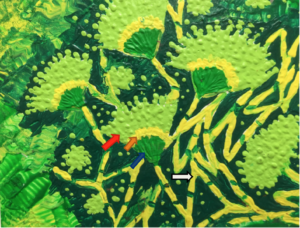 The dengue virus is a single positive-stranded RNA virus of the family Flaviviridae. It is transmitted by the Aedes aegypti female mosquito. The clinical presentations include dengue fever, dengue hemorrhagic fever and dengue shock syndrome.

The painting below illustrates the main parts of the virus including the E protein (white arrow), the M protein (black arrow), the capsid protein (red arrow) and the genomic RNA (blue arrow) 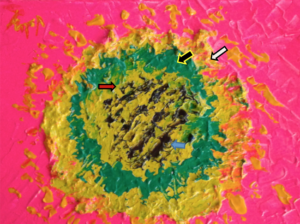 Fusarium is a hyaline mold that can cause severe invasive infections in neutropenic and transplant patients. The most common type of infections in this population includes invasive nodular pneumonia, sinusitis and necrotizing cutanous infections from traumatic inoculation.

This mold is angioinvasive, but can also cause disseminated disease from metastatic conidias that travel distally from the initial site of inoculation thru the bloodstream.

The treatment is Voriconazole orAmphotericin depending on the subspecies and suceptibilities of fusarium. 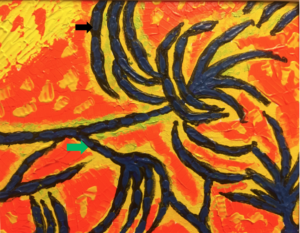 Actinomycetes are acid-fast gram positive bacilli that are sometimes branching depending of the species.

The painting below illustrates Nocardia, Actinomyces and Rhodococcus.

Actinomyces spp(white arrow) are anaerobic branching gram positive rods that can be differentiated from Nocardia because they are acid-fast negative. 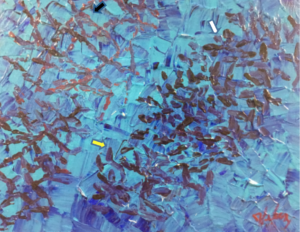 Chikungunya virus is an RNA alphavirus transmitted by Aedes mosquitoes in the tropical and subtropical areas.

The painting below illustrates the structure of the Chikungunya virus with the E proteins (yellow arrow) Membrane (white arrow) capsid (red arrow) and the genomic structure (black arrow). 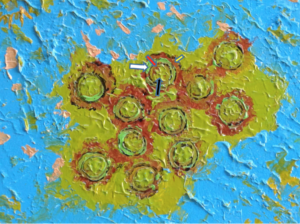 Medications to treat HSV infections include acyclovir, valacyclovir, and famciclovir.

The painting below illustrates the HSV virus. It has the DNA gene (white arrow), nucleocapsid (black arrow) the tegument (blue arrow), the lipid envelop (orange arrow), and the envelope proteins (red arrow). 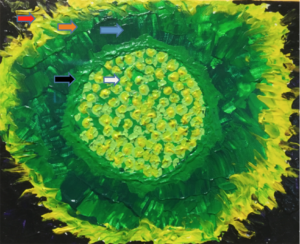 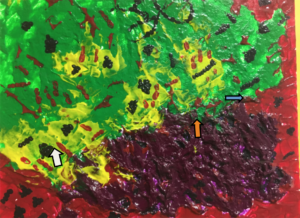 The painting below illustrates Scedosporium spp with broad hyphae (blue arrow) and Pseudallescheria boydii (red arrow) with fully developed and ruptured cleistothecium, the typical form of the sexual stage of Scedosporium apiospermum. 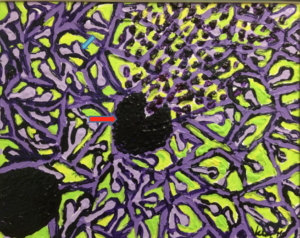 The treatment of choice is Amphotericin. Isavuconazole and Posaconazole are also effective but are often used as an alternative to Amphotericin. 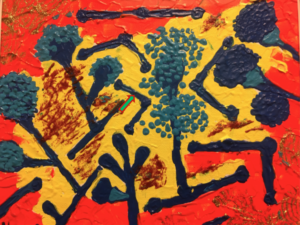 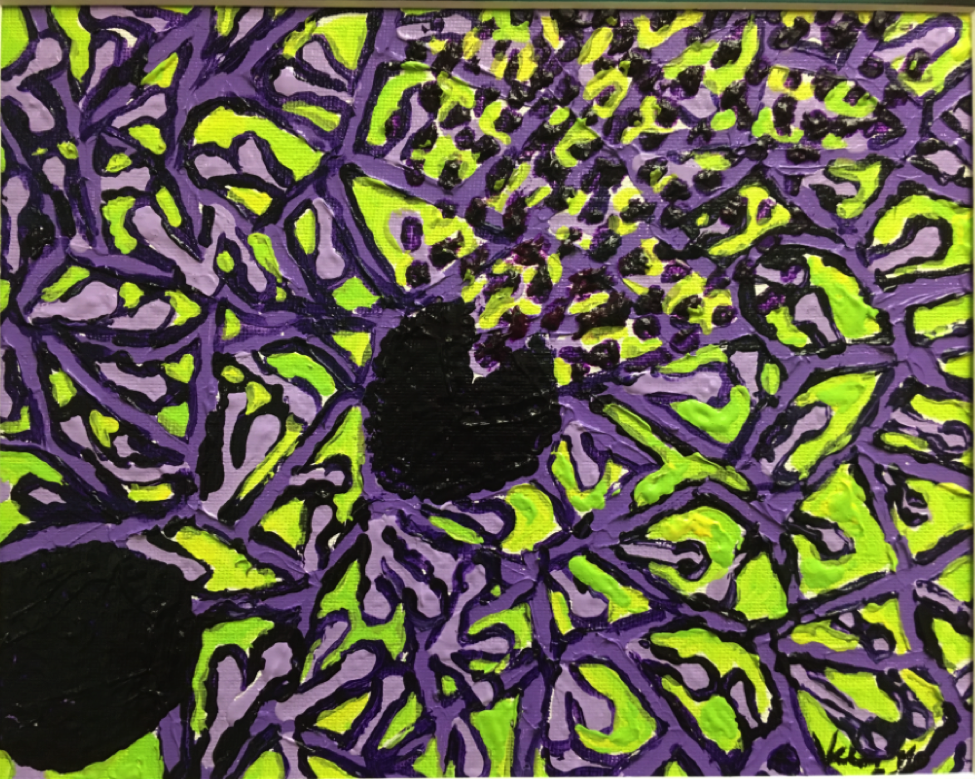