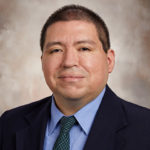 From 2017: In 2020, the SARS-2 Coronavirus proved to have the right combination of lethality and contagiousness to be a devastating once in a century worldwide pandemic affecting millions of people and causing hundreds of thousands of deaths. But amongst the great plagues of mankind, there is only one that stands head and shoulders above the rest:

Smallpox is responsible for the deaths of millions in the 20th Century alone.  From the Antonine Plague of the Roman Empire to the devastating outbreaks brought on by new world colonization of the 16th through 19th centuries, Smallpox devastated countless communities across the millennia.

In one of the great medical accomplishments of history, and due in large part to the development of a Smallpox vaccine by Edward Jenner in 1796, it was successfully declared eradicated in 1980.

Dr. Castro reviews orthopoxviruses with a focus on the history of Smallpox, including its history, clinical presentation, vaccination, treatment, and the potential for bioterrorism. 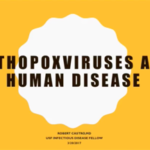 Smallpox and other Orthopoxviruses