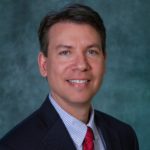 Dr. Richard L. Oehler, Professor of Medicine at the University of South Florida Division of Infectious Diseases, presents a talk on the leading single infectious diseases killer of mankind. From its origins at the dawn of humanity throughout Greek, Roman, Middle Age, and contemporary history, Malaria has been a constant threat to civilization and continues to profoundly affect communities in the developing world. Dr. Oehler begins by discussing Malaria’s presence in modern literature, and the well known historical figures that have battled it. Next, he mentions how malaria has been in factor in US millitary history, from the Civil War to the great wars of the 20th century and even to the building of the Panama Canal. The epidemiology of malaria in the 21st century is then discussed, including the heavy burden of the world’s malaria cases currently occurring in Sub-Saharan Africa. The malaria life cycle is reviewed, and the specifics of transmission (including the role of the anopheles mosquito) are conveyed. Next, Dr. Oehler shares information on the clinical manifestations of Malaria, including the distinction between complicated and uncomplicated disease. Other topics mentioned in his lecture include Malaria host genetics, Malaria therapeutic recommendations, Malaria in travelers, Malaria prevention (including chemoprophylaxis), and vaccines. 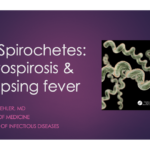 The Spirochetes: Leptospirosis and Relapsing Fever 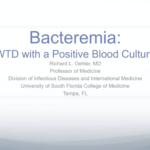 Bacteremia: What to do with a Positive Blood Culture 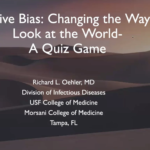 Cognitive Bias: Changing the Way We Look at the World 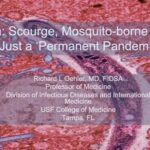 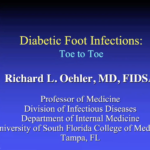 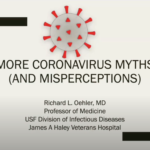 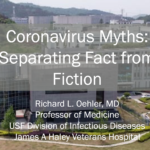 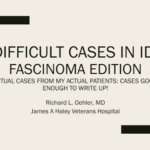 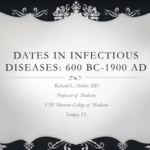 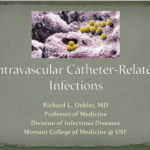